A lot has changed since the last time I wrote a newsletter. After I stayed with the German family in Pisac and helped them with their activities, I decided to move a bit more through the valley. I ended up with a Peruvian family in Calca (not far from Pisac) who have an organic garden where they could use some help. And I spent most of my time with that family. 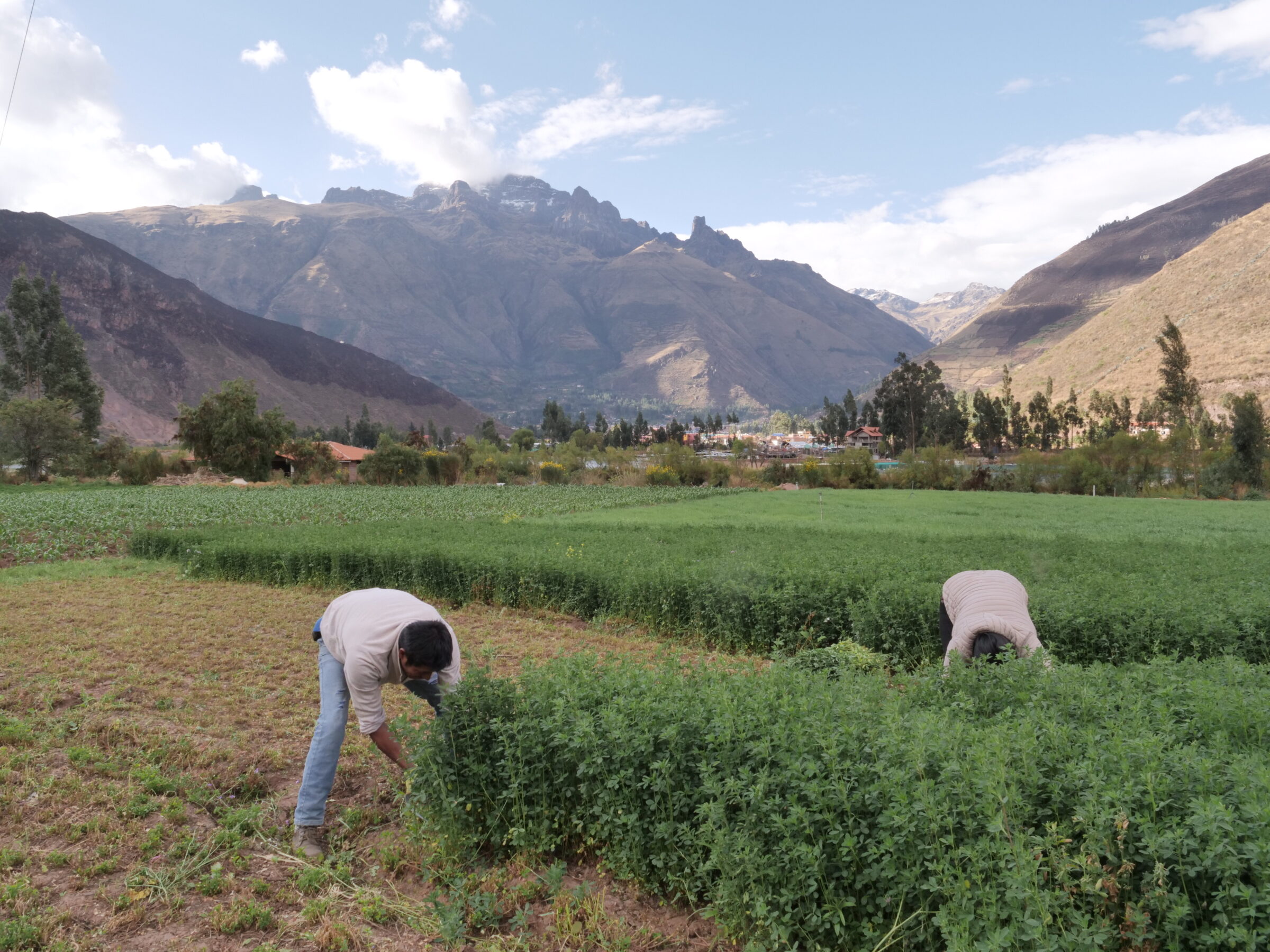 It was a nice time in which I also had a lot of time to work on the educational videos that I started to make together with Julia (a Dutch girl who has been living in Calca for a about 6 years). The first one is now online and you can watch it here! We plan to make a series of videos about plastic that can be used by schools in Spanish-speaking countries for their online lessons.

After having spent 4 months in the valley and Peru became a little less strict, I decided to think about the next step. I had heard that Uruguay has opened its schools for some time now and that it has recently even been mandatory again to go to school there. Since there are stories in Peru that the schools will not open until far into the new year anyway, and nor will the rest of the countries in South America, I started thinking about options for driving to Uruguay. Through Chile and Argentina, will be impossible, because in Argentina even Argentineans don’t enter and you can’t travel between provinces. So I started thinking about other options and one evening a friend of mine came up with the brilliant idea of going via Brazil, where you can travel freely throughout the country and reach Uruguay. I had not thought about that because I thought that route was not passable because of Jungle and scary beasts… But after doing some research with my traveling friends, I found that it is a good route and that this is just a good time to drive it as the rainy season is coming and the route may become a little less comfortable.

The decision was made, I am going to try to cross the border to Brazil to reach Uruguay and after the summer holidays are over (which lasts throughout South America from about December to March) continue my project in Uruguay. The borders of Peru and Brazil are officially still closed so some people here say it is impossible to get across but others say it is South America and there is always a way to cross it. These people use the motto “if you have the right contacts you will get everything done”… Well I decided to trust their way of thinking!

On the 24th of October, after more than 8 months, I left the Cusco region! A day of extremes. I drove from an altitude of 2900 meters to almost 5000 meters and it also started to hail and storm, a true spectacle! Then the descent started… which ended in yes… THE JUNGLE which was at the arrival point at 700 meters! Really unbelievable to see so many different landscapes in one day! I had left a bit late so I had to drive a bit through the dark. The insects flew up against my bumper like rain! I had arrived in the jungle…

I arrived at a beautiful place with very nice people! “Why don’t you stay here for a few years” they advised me almost immediately. I soon discovered that I was in the presence of two activists who had been fighting hard to keep the rainforest alive! So we had a lot of conversations and I learned a lot about their environment and the struggles they are fighting here. Since I started making podcasts I wanted to interview them as well. I think it would be interesting to bring out the stories that the people who cross my path tell me, through a podcast. The interview I did with these two activists is in Spanish so it can only be listened to if you speak Spanish you can find the introduccion here and the interview with Mario and Washington here. The idea is to do Dutch and English interviews as well. That way there is something for everyone.

After a few days of beautiful walks in the jungle, good conversations, delicious food and seeing interesting animals and birds, I left for Puerto Maldonado. Where I could go to friends of them who had a hostel where I could park my van. The route from Quicemil to Puerto Maldonado was sad. Ten years ago this road was still very difficult to pass and there was rainforest. Now, instead, you see whole swathes of rainforest that have been cut down, burned and replaced with grassland. You see lorries with wood everywhere. I literally had to cry when I saw an almost Dutch landscape in an area where tropical rainforest was supposed to stand. Another major environmental problem here is gold mining. Whole areas of land have been turned into dunes as a because of this.

In Puerto Maldonado, as in any other place, I stayed longer than planned… It was again a place with very nice people. Halloween fell exactly in that week, which is always celebrated quite well here and also in the hostel. It was as if Corona didn’t exist. I had some very interesting conversations with a Dutch girl and a Canadian girl who live there and I decided to record a podcast with them as well. So Dutch speakers you can find the introduccion here and the interview here. English speakers, don’t worry because there will soon be a podcast online for you as well!

The next day I left for the border town of Iñapari, with the idea of crossing the border the same day, but it wasn’t that easy. Again I had gotten a contact through the people of Puerto Maldonado. This time it was the mayor’s contact. Not bad in itself if you try to cross the border. When I arrived, lunch was ready and it was clear that I would not cross the border that day because I could stay on the mayor’s property, a beautiful place in the jungle where you immediately wish to stay longer. And that is what happened. Partly because the process of crossing the border goes through the Dutch embassy, so I had to wait for action on their part. The mayor promised to help me with the process and that was very much needed.

I also received a message from some friends from the valley that they followed my example and would arrive here in Iñapari the next day to also cross the border into Brazil. So now we are parked with two Volkswagen vans on the mayor’s property in the middle of the rainforest. Today I received an e-mail from the embassy which means that I will most probably be able to cross the border at the end of this week. We will see! Until then I am still enjoying the place where I am now in the middle of the jungle among the monkeys, tarantulas and snakes… Very cozy!

On my social media you will soon see if I have crossed the border!

One of the many hidden Corona facts in Peru.

For every patient who dies of Corona, a nurse & doctor in Peru is paid. This is what they call risk reimbursement. As a result, a whole lot of people who die of something else get Corona written on the death certificate. There have been a few of these cases in my circle in the valley. One that I would like to share with you. A woman died of cancer. Doctors have indicated corona as the cause of death. Because of this the family was not allowed to say goodbye to her. This is terrible. This is one case but there are a lot of crazy cases like this one. The fact that Peru has such a high number of Corona deaths does not really mean much. Just to give you a slightly broader view on how a crisis like this is misused in countries like this.